From the Top of Waikiki

Posted on January 28, 2016 by awishcalledwanda

With pictures from 2015 and a story from 1997,  we are, in this blog, still wandering around the Waikiki, Ala moana area and reminiscing of the time we lived in Hawaii in the mid sixties.  Our friend Jan lived in Hawaii in 1997, and she picks Dick and I up from the hotel and we are off to see the sites.  She had a big surprise waiting for me.

We were on our way to the new location of Kaiser Hospital. They imploded the old one in 1986 and used actual footage to film Magnum PI in the elevator while it was going down. That building sat very near the Ilikai Hotel with the Marina visible from all floors. This one was further out, near the Tripler Army Hospital. 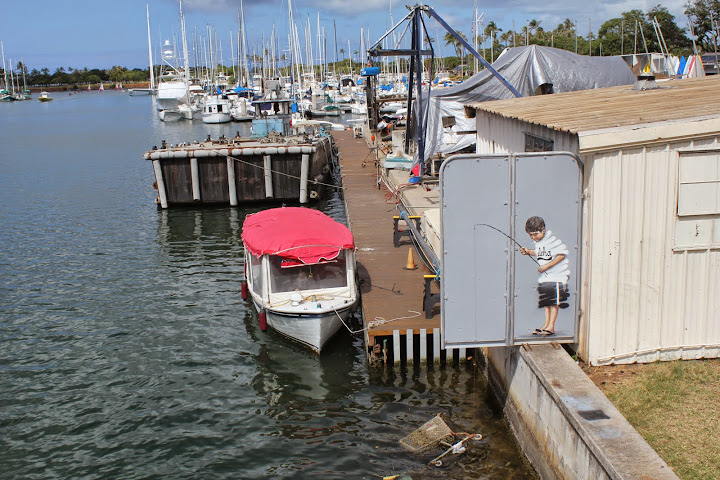 Jan still worked at Kaiser and wanted to take me to see two gals who she thought I would remember. She had talked with them about me coming and set up a time while they would be on lunch break. They could not remember “Wanda” and I was not sure either who she was referring to. When we opened the door to the break room, low and behold, two familiar faces were sitting there. I paused and said “Hello.” They both stood, started toward me, and said at the same time, “I know this girl!” We laughed, and hugged, and I was thrilled that they still thought of me as a girl.

We had a whirlwind visit as we talked about the old timers and times. They mentioned names that I had long forgotten, but as they talked a face would come to mind. The half hour was short and soon we had to leave Arsenia and Bernice. What a joy it was to visit with them.

We left there and had lunch at Ryan’s across from the Ala Moana park in a row of buildings that did not exist in the sixties. There were so many of them surrounding the park, that the beauty I once knew looks squeezed into a much smaller area.     (20 years later the park may have been smaller, but the trees were bigger.  This picture may indicate that in this same year I would have shoulder surgery. At least I did get off the ground) 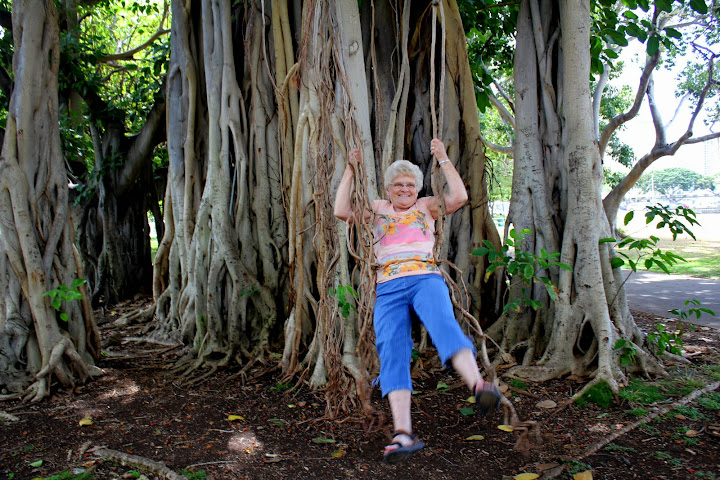 (In my dreams this is what I looked like.  She made it look so easy. I think the poundage might have been more the problem than the shoulders.  You go, Lovely, little Lisa.) 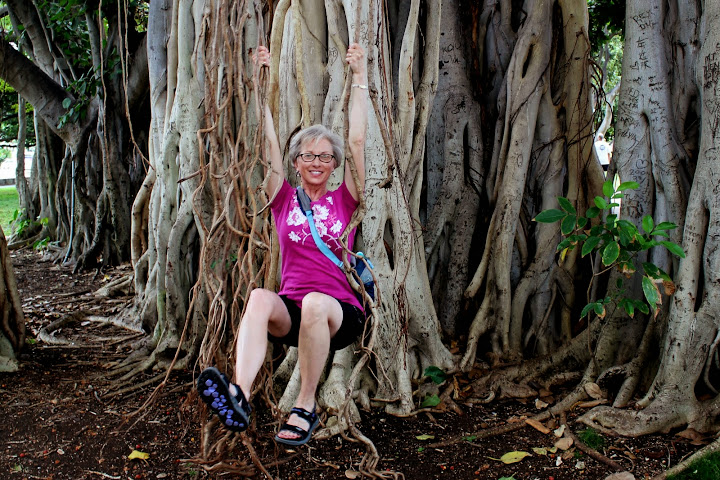 After a short walk to have a look at the shrunken park and beach area we drove to the Ala Moana shopping center, where, when living here, we did most of our shopping, and passed the time on some fun dates. At this time, however, it looks quiet different, the ground floor has a large grocery store and some other shops, while the upper floors have been taken over by very expensive Japanese shops. 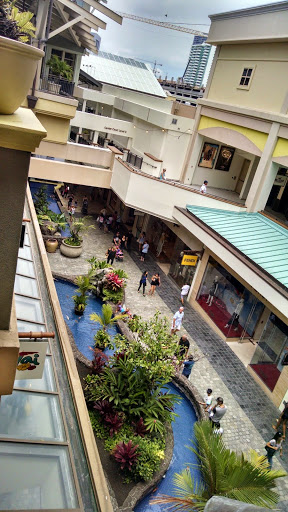 The restaurant at the top, where I spent my 21st birthday is no longer a revolving restaurant. It houses offices and no longer revolves. The blue ring of lights around the top still serve as landmark in the Hawaii skyline. Seeing it now, I am just so thankful that I had the opportunity to be up there in the restaurant atmosphere.

Back at the hotel we said our goodbyes to Jan and thanked her for a wonderful afternoon of memories. We promised to stay in touch and see each other again back on the Mainland, as she and her husband had plans in the making to move.

A little time on the roof by the pool with a book rounded out the day very well. When John and Karen returned from the beach, it was time to make plans for dinner. He spotted a deal for dinner at the Top of Waikiki in one of his papers. If you ate there between the hours of five and six they would give you a free Imax pass. The meals were reasonable from the early bird menu. 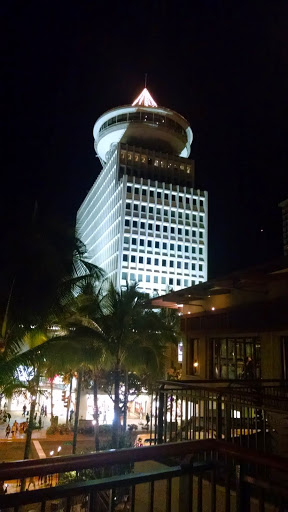 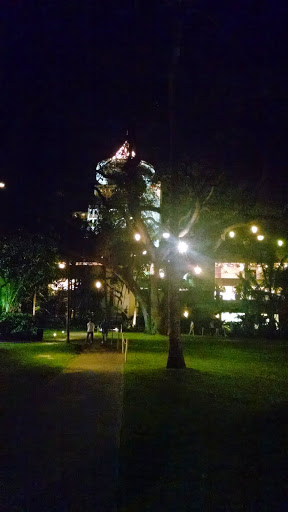 of Waikiki is also a landmark building with its revolving restaurant that was built just before I arrived in July of 1965. I had lunch with Bruce there once and had often been up to the observation deck. We enjoyed a wonderful dinner and had plenty of time to walk around before catching the 8pm Imax show.   (No Imax now, sad because I have always loved the big screen shows, taking you places you otherwise would never see.) 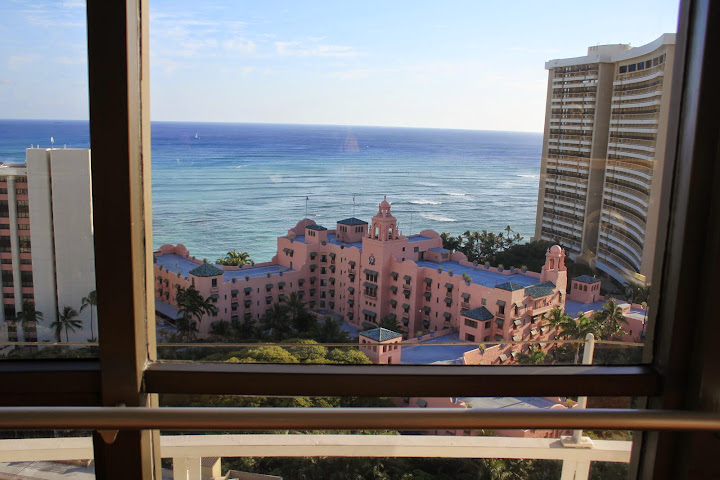 (The views from the Top still delight the eye. 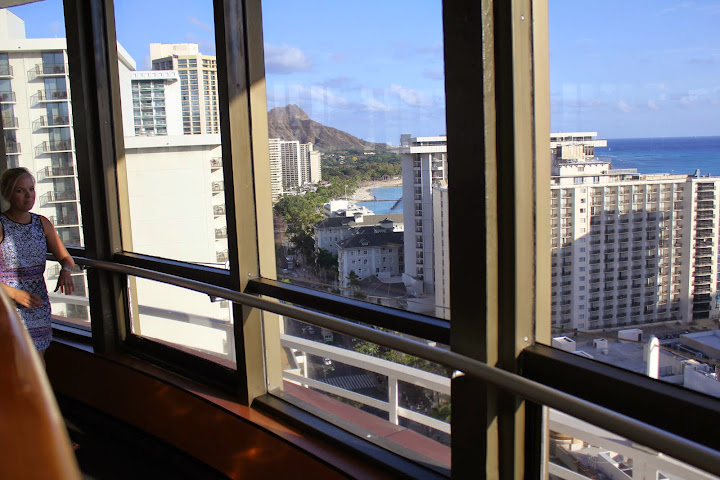 As we go all about the town,  and into the restroom. 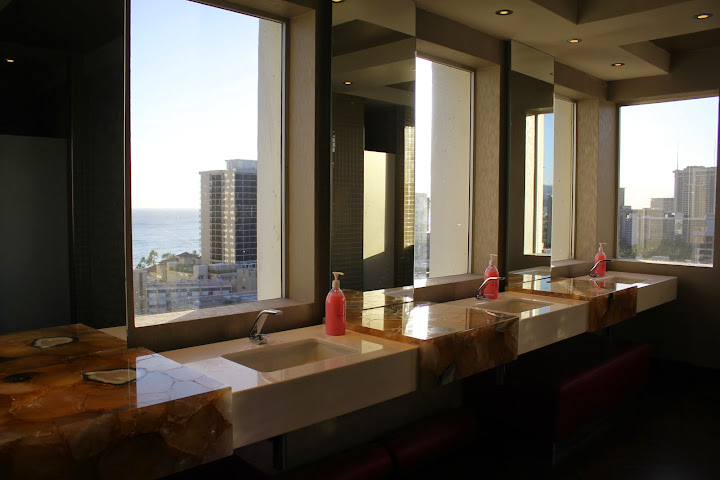 The early bird meals are not only a delight to the eye, but taste good too. This is the pasta dish that we liked so much we went back a second night. 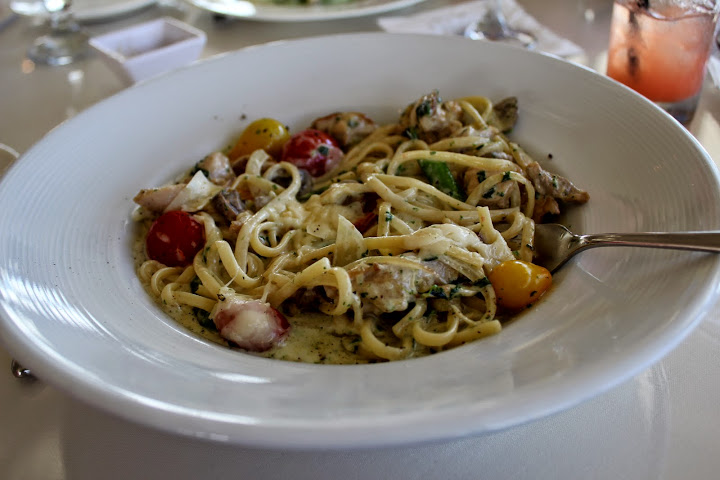 Still plenty to see and do in Waikiki after and early dinner.

Take pictures while waiting for the sunset. 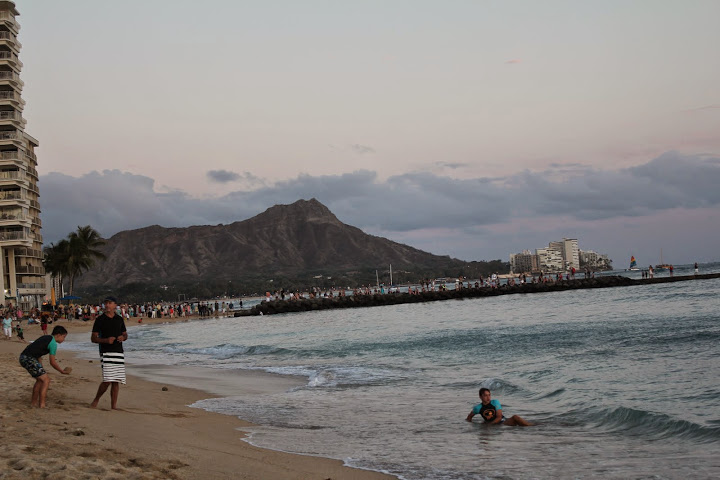 Watch a hula show at a near by hotel. 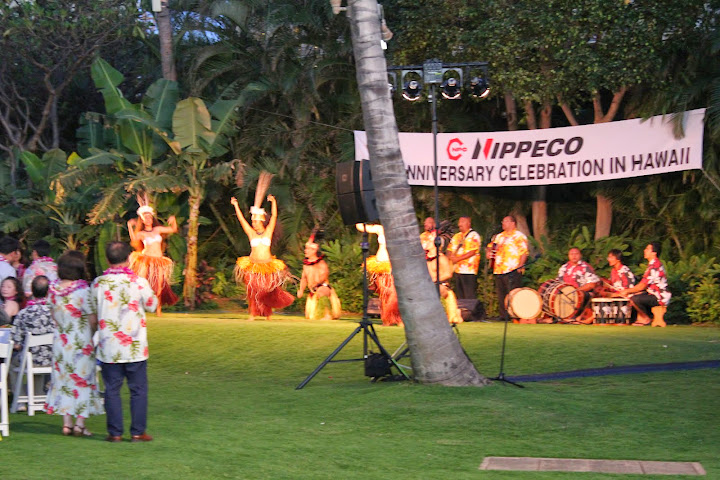 Get the last sunset picture, 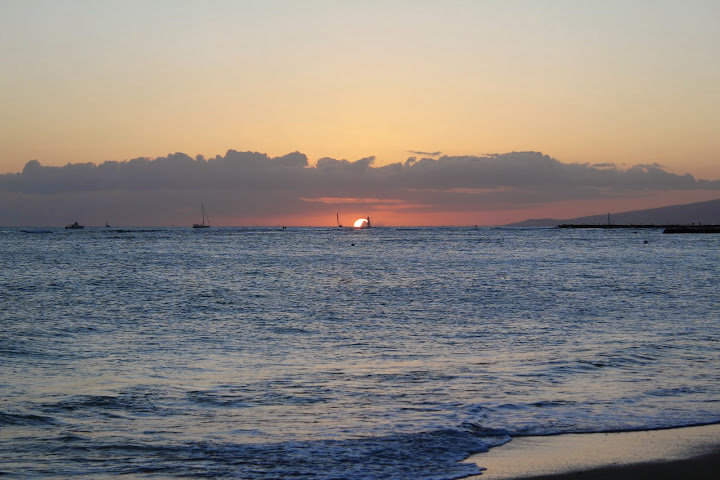 and enjoy the fireworks 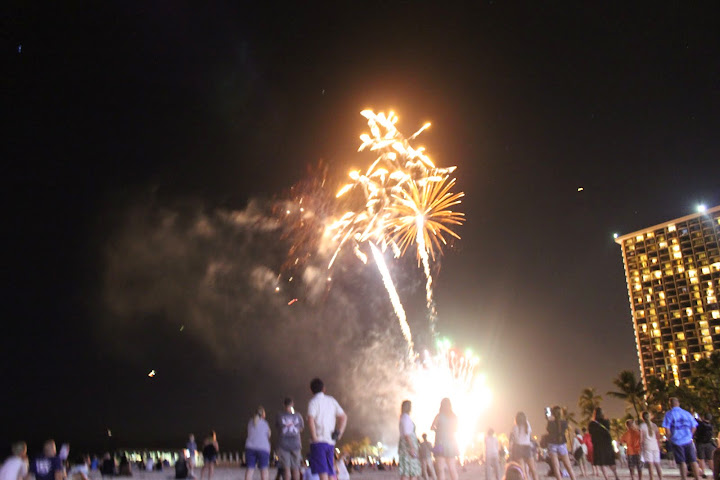 2 thoughts on “From the Top of Waikiki”